ChildHope has always had a strong focus on learning – whether through access to formal education or alternative learning opportunities like mobile schools or technical training, to fit around children’s difficult lives. But what have we learnt as an organisation since 1989?

Moving beyond policy: Being safe and feeling safe – core essentials for every child

In order for children to thrive and grow, they need to be safe and to feel safe. This is the simple reason why, since 1989, ChildHope has prioritized the protection, safety, and well-being of the children we work with in everything we do.

Everyone who has children, knows children, or has been a child (i.e. all of us!) knows how debilitating it can be to feel afraid. Fear affects a child’s ability to concentrate and learn, stops them playing freely, and can deny them their childhood. A feeling of safety allows children to be themselves.

ChildHope has always had a strong focus on learning – whether through access to formal education or alternative learning opportunities like mobile schools or technical training, to fit around children’s difficult lives. But what have we learnt as an organisation since 1989?

By far our biggest area of learning has been learning to listen to what children, and those close to them, have to say. When it comes to what puts children at risk, what makes them afraid, and what makes them safer, children are the experts in their own lives. We need to take time and use our creativity to help children to tell us how we can best support them.

The children we work with often live in dire circumstances. On the face of it, their lives look pretty hopeless – working many hours, every day, exposed to hazardous chemicals in a leather factory, for example, or sorting through rubbish on a dumpsite in 40-degree heat.

It’s easy to make assumptions about these children and their lives: their parents must be bad, or dead; they’ll never afford the time off to go to school; their lives are so difficult they won’t be able to see a way out; they have no support networks…

We have learnt that is wrong for us to make such assumptions. 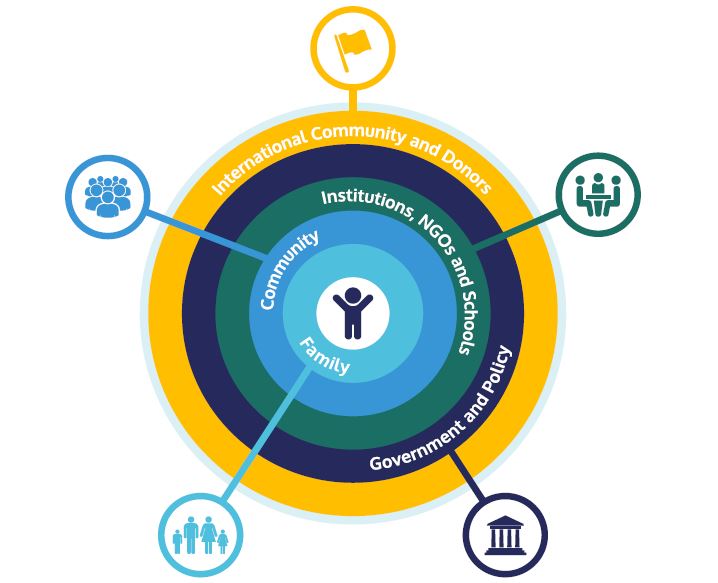 Years of talking to children has taught us that they have a lot of valuable things to say that can help us to improve the way we work with them. We use this simple framework to remind ourselves to put children at the heart of our thinking and planning.

If we ask them, children can tell us what puts them at risk or makes them safe in their physical environment, and also help us to understand the role of the people and organisations around them. We can better understand whose actions endanger children and whose support can nurture and protect them. Once we know that, we can work with the people who surround the child and who matter the most, to make positive changes in children’s lives.

ChildHope doesn’t presume to understand the context of the children’s lives, which are so different from our own. We work with organisations, staffed by people who are close to the children, speak their language and have a sound understanding of the realities the children face on a daily basis. It is only with these trusted partners that we can work through solutions with the children.

The case study below explains how, when working with the Uganda Reproductive Health Bureau, we were able to apply Learning Points 1-4.

Learning point 5: Safeguarding is so much more than written policy

When organisations like ChildHope and our partners enter the lives of children and young people, we have a duty to understand more about the realities of their day to day lives.It is only by learning from them that we can help to make their lives safer and work towards positive change.

Too often, when an organisation talks about protection or safeguarding, they are talking about a policy that sets out what to do when something goes wrong. At worse, their focus is more on protecting the organization than the people.

If we approach safeguarding from the perspective of the child, and the community and society that surround them, we soon learn that written policy is just the start.

The girls and young women in the photograph were sexually exploited by truck drivers. These girls and young women were stigmatized by the people around them, who assumed that, because they ‘had chosen to sell sex’, they had low morals, bad motives and no hope. But their stories were much more complex – most had been forced by extreme poverty or violence to leave their homes and they were trying to carve out a better life for themselves. Here, they were telling us about the areas of highest risk in their local area and what would make them safer.

Together, we were able to develop ways to enable the girls to make significant changes to their lives including, but going far beyond, the girls returning to education, training and employment. We worked with health service providers, who had been hostile to the girls when they tried to access essential services, sometimes even excluding them. Older sex workers learnt about how to protect young runaways and help them to access the support they needed to avoid risk and exploitation. And we were even able to work with truck drivers, to understand more about the harm and risks of sex with minors and start to change their behaviour.

When we first approached the girls in Uganda, they were wary of us. Too many people had come, extracted information, and left. They needed to be reassured that we weren’t going to do the same, and we had to build trust gradually. 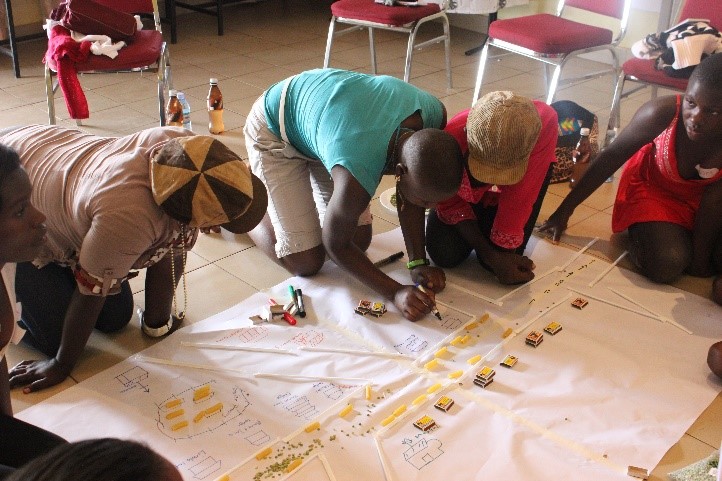