If you saw the VE Day celebrations in the news, you may well recognise our long-time friend and supporter Charles Roper-Medhurst.

A decorated veteran of World War Two, Charles was photographed marking the anniversary with friends and neighbours in his street in Greenwich. His image appeared everywhere from The Guardian to The Sun – and, to Charles’ amusement, he even shared the cover of a Spanish newspaper with Angela Merkel and Emmanuel Macron. What was his take on it all? “I was very flattered!” he tells us modestly.

Charles first got in touch with ChildHope back in 1997, when he had a place with the London marathon and wanted to run for us. What inspired him to choose ChildHope?

Banana cake and the BBC

Between 1988 and 2002, Charles ran an impressive 16 marathons for his favourite charities. Today he has swapped his running vest for an apron.

“When I’m holding a coffee morning for ChildHope, I bake for a couple of weeks beforehand,” he says. “Around 40 friends and neighbours come round – nice, generous people - and we have a raffle and a sale.”

Which bake goes down best? “Banana and cinnamon cake is popular, and I usually make quite a few Dundee cakes to sell. A friend of mine always does some baking as well.”

In 2016, the BBC show Flog It! was filmed at the Old Royal Naval College in Greenwich. Charles went along with a Chinese ivory fan, which he sold for £300.

“The fan had belonged to a dear friend who died when she was 99,” says Charles. “She left it to me and as she’d worked all her life with children, I thought if I ‘flog it’, ChildHope would be a good one to give the money to.” 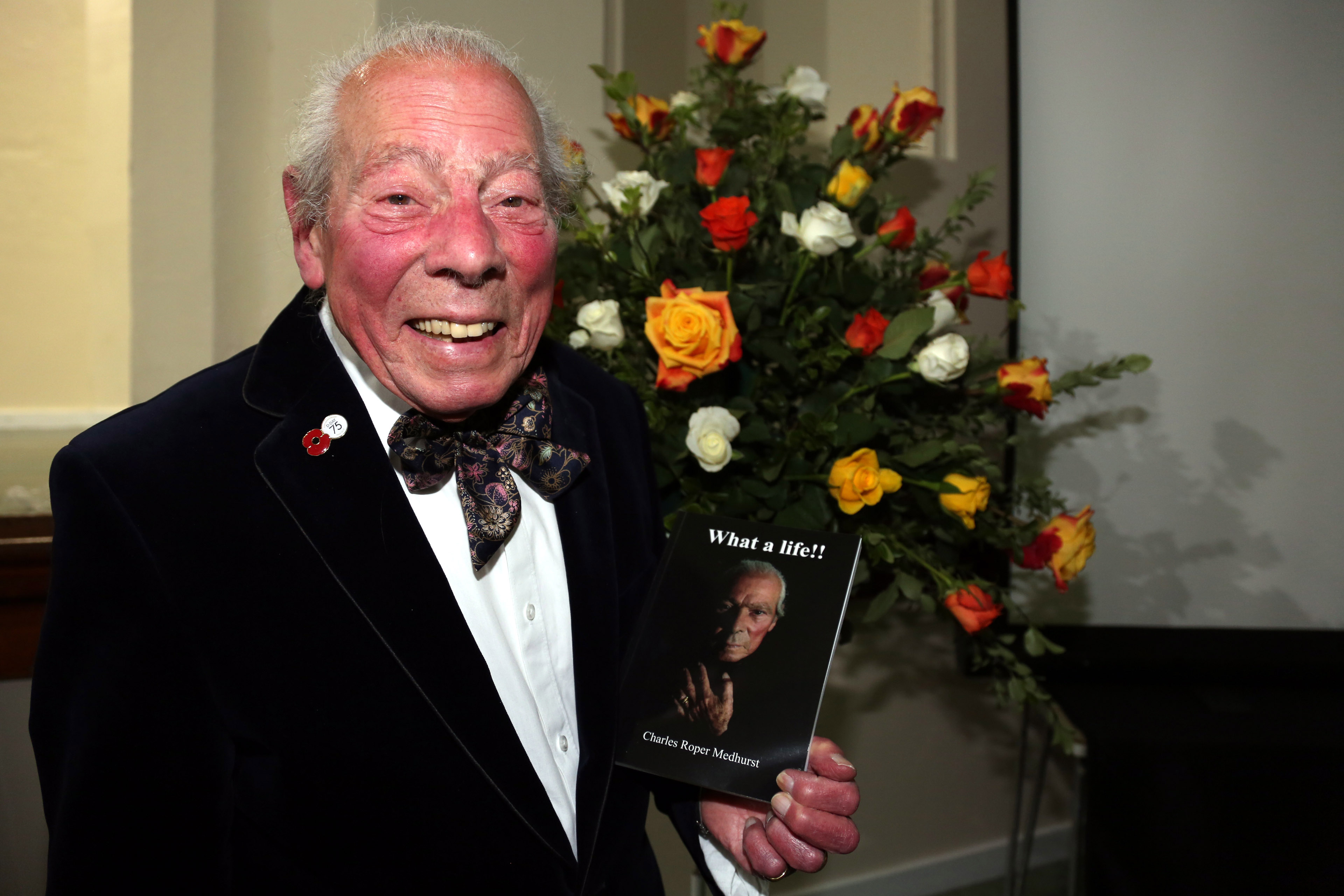 Greenwich has been Charles’ home for 95 years. When a friend suggested that he record the many changes he’d seen in the area since the 1920s, Charles wrote a memoir called ‘What a Life!!’.

Charles’ local community centre organised a book launch. “It was wonderful,” he says. “There was food and wine laid on and around 150 people turned up, including the mayor and Jill and Marcus from ChildHope.”

We were lucky enough to receive £1000 from the sales of Charles’ book, as were another of his favourite charities, Forgotten Allies. “Not enough people know about these small charities,” says Charles. “I take every opportunity I can to tell people about ChildHope.”

The importance of education

Over the years, Charles has raised an amazing £6864 for us – and that doesn’t include his monthly gifts. What motivates him to keep supporting ChildHope?

“Getting children into school is necessary and worthwhile,” says Charles. “It’s wonderful when ChildHope helps get children off the dumps and back into education. That appeals to me.”

Charles, on behalf of everyone at ChildHope and our partners around the world, we want to thank you for your unwavering support over the last 23 years. We couldn’t do our vital work supporting vulnerable children without the loyalty and kindness of people like you. Thank you again!

Hear the latest news on how ChildHope are protecting every child's right to a safe and secure childhood.