Street children or street connected children rely on the streets to live and / or work. For these children, the streets play a vital role in their everyday lives and identities.

The common understanding of the term ‘street children’ is that a child is without parental care. Many of these children have run away from dysfunctional families where there are problems of domestic violence, substance-abuse, neglect, and poverty; some may be orphans or have been abandoned. However, many are still with their families. They may not necessarily live on the streets but have a strong connection to public spaces. They may work on the streets but return to their family at night or every few days. These children rely on the streets for income and to survive. Other street connected children may be homeless or rough sleeping, taking shelter in the streets, parks, or transport terminals.

Over 40 million people trapped in modern slavery around the world, 1 in 4 of them are children. Women and girls are disproportionately affected by forced labour, accounting for 99% of victims in the commercial sex industry.

There are many ways people become trapped in modern slavery: through violence and coercion, people are threatened into slavery; forced labour, people are exploited into dangerous work conditions; sexually exploited and groomed into sex work; bonded labour, people are trapped by debt or poverty, forced to work off their debt, or their employer withholds their payments or underpays them; and forced marriage or union. Children whose movement or communications are already impaired, for example through a disability, can be at even higher risk of exploitation through slavery.

Whilst child labour takes many forms, there is an urgency to eliminate the Worst Forms of Child Labour – all forms of slavery, forced labour and debt bondage, sexual exploitation, pornography, human trafficking, illicit activities, or exploitative work, which by its very nature will harm the development, well being and health of a child.

Waste picking is a job for the poorest of poor. Children and their families work long days, exposed to unhygienic conditions, toxic fumes, and injury from sharp objects and machinery. Many waste pickers are women, divorced or separated, or the wives of drug addicted or disabled men. Their lack of skills and abject poverty mean wastepicking is their only means of survival. Most of them live in slums, on footpaths near dumpsites, in public spaces such as bus or train stations or abandoned buildings.

It is estimated that there are around 15 million people around the world working as waste pickers, surviving by salvaging recyclables to resell. Waste pickers are extremely vulnerable as many are undocumented and many child waste pickers are not registered at birth, meaning they limited have access to government assistance, political representation, human rights, and public health and education services. Not only is their work dangerous it is also unreliable. Working in an informal economy, they rely on what they scavenge to resell to earn a daily wage, and often do not have savings or a financial safety net.

1 in 4 young women alive today were married in childhood. Child marriage denies girls’ rights to health, education and their childhoods. It negatively impacts their development and independence, and limits their opportunities in life.

Child brides are at greater risk of having children at younger ages, having more children over their lifetimes, dropping out of school, earning less over their lifetimes and living in poverty than other children. Girls living in extreme poverty are at higher risk of child marriage. Some of the reasons child marriage still persists today are due to social norms or traditions and expectations, family pressures, to alleviate financial burden,

Gender inequality remains a major barrier to human development. Much progress has been made for girls and womens rights and equality but they have not yet gained gender equity. Forced labour and modern slavery, child marriage, and sexual and gender-based violence or abuse are some of the most severe barriers girls and women face in development and gender equality.

Though inequality is a global problem, girls and women living in extreme poverty are more disadvantaged. Girls and women are often excluded and discriminated against in education, political representation, and the labour market which has negative consequences of their development. When girls and women are discriminated against and their development stalled, they are denied the opportunity to realise their potential and participate in their community and the global society as equals.

Global prevalence of child sexual abuse is estimated at 18% for girls and 7.6% for boys

1 in 4 young women alive today were married in childhood. Each year, there are 12 million girls married before 18.

Women across the globe are paid less, have fewer workers’ rights and are more likely to be in low paying jobs than men, while they also still do 60 to 80% of unpaid domestic work (UKDFID 2018).

All our programmes have an educational component, and we believe that access to 12 years of quality education is a fundamental human right.

Our education interventions work across the formal and non-formal education structures, working directly with children and with the teachers and surrounding institutions and communities. We work with children from early years education through to those accessing higher education, such as in our successfully implemented Girls’ Education Challenge in Ethiopia. Our education programmes have a strong disability access focus, ensuring that children with disabilities are not left behind or further marginalised.

Our early years programmes boost children’s literacy and numeracy to enable them to transition from preschool to primary school. Daycentres and mobile schools provide inclusive, accessible and free primary and catch-up education to prepare children for mainstream school.

We work with schools to improve their teaching standards and ensure they provide safe learning environments, and we train parents in child rights and stress the importance of education.

Our recently implemented Girls’ Education Challenge programme in Ethiopia, worked to increase literacy and numeracy levels for over 16, 000 girls. We worked with in excess of 500 teachers, school principals and vice principals, developing teachers’ classroom skills and the leadership capacities of school leaders and education officials. We worked closely with parents and local communities to challenge social and cultural norms that have traditionally keep girls from accessing and staying in school.

All our education work puts the child at the centre, enabling them to navigate the complex social influences of family, peers, schools, and institutions, and empowering them to make valued choices that may otherwise have been denied them.

Most people understand poverty as a lack of money, though focusing on one factor alone, such as income, is not enough to capture the true reality of poverty. Poverty is complex and there are many different drivers to poverty. As such, we refer to poverty as 'multidimensional poverty', considering dimensions of health, education, and standard of living (including access to electricity, water and sanitation, technology, and housing).

Ending poverty, in all forms everywhere, is the first UN Sustainable Development Goal. All our programmatic work aims to reduce multidimensional poverty.

The ways in which people can earn a living in developing countries is changing rapidly and as a result, many of the poorest people are being led into exploitative or unpredictable work.

One of the most significant influencing factors is the change in the rural economy. International Labour Organisation statistics show that 80% of working people in developing countries earn their living from the rural economy.

Yet the nature of farming is changing. Advances in technology and equipment have a positive impact on productivity but they often mean fewer people are needed to work on the land. These technologies aren't widely afordable hence exacerbate the technology divide between rural and urban, having negative consequences on livelihood opportunities and rural communities poverty.

Many traditional livelihoods, such as weaving and pottery, have become all but redundant due to the availability of mass production and competition from overseas markets.

Urbanisation is seeing a labour migration from rural areas and work, such as agriculture, to urban areas, such as industrial work, factory workers, garment workers, and hospitality. The work force is migrating towards cities in search of better opportunities.

Climate change and natural disasters are driving people away from their home communities and where they can earn a living.

Due to family pressures, children are increasingly needing to work to contribute to the income of the family, which means they miss out on school.

See our work in action 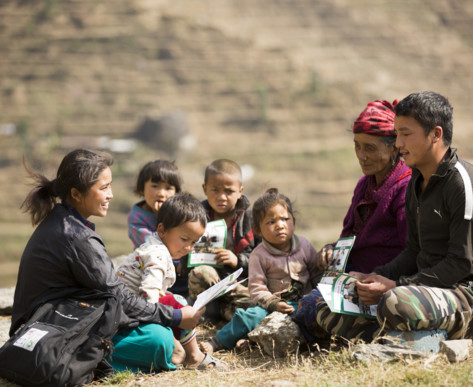 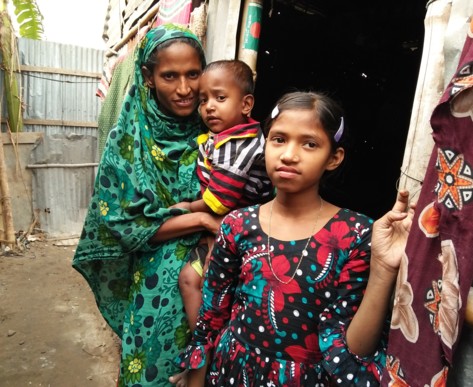 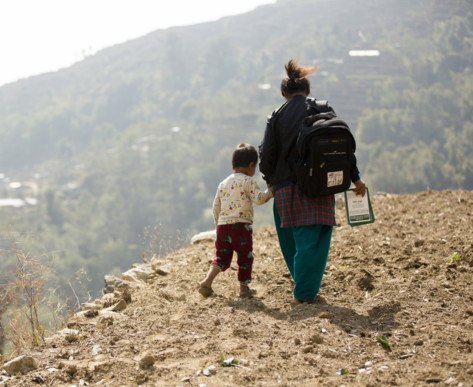 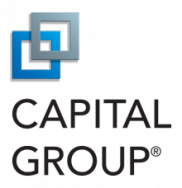